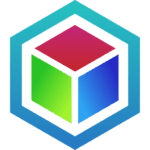 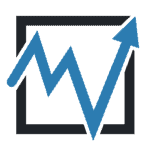 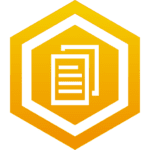 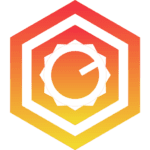 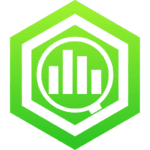 The BloodHound signals template is loaded into the BloodHound instance on the TICK (BB) chart. The name of the template starts with ‘DA’ (for Divergence Analyst) and ends with the instrument’s symbol (i.e., ‘DA CL’ for the ‘TTP DivAnalyst’ Crude Oil workspace).

The template has two Logic Boards to choose from. ‘Signals’ and ‘SignalsExt.’

The ‘Signals’ Logic, will signal bars that meet the following criteria:

Each of the six solvers connected to the red ‘Additive’ node has a Divergence Analyst Reader indicator connected to one of the six charts reading the ‘AnyRegularDivSetup’ data series.

The AnyRegularDivSetup data series sets the following values for the signals:

Since all the Divergence Analyst’s on the charts are solving for only Regular Divergences, the ‘HiddenToRegularDivSetup’ signals are not found (Hidden Divergence is disabled).

I use the Threshold solver in BloodHound for the Divergence signals, and I set the following values for the single, double, and triple divergences:

However, because the Threshold solver allows you to set only five different values (A,B,C,D,E) for the data series, and C (middle value) needs to be set to 0, I have to use a workaround to set different values for all three regular divergence kinds (refer to the image).

*Note: Keep in mind that BloodHound actually sets both Longs and Shorts to +1, independently, although visually it shows +1 for longs and -1 for shorts which is why you see that both the Long Output and Short Output have positive values set for both the positive and negative values retrieved from the accessed data series.

Let’s set that number to N, and solve for it using the following equation:

*Note: Since the Threshold solvers set values lower than 0.8 for each of the kinds of regular divergence setups, no signals will show up on the chart when connecting one of the solvers directly to the ‘Results’ node. I provided a ‘Solver Test’ ‘Or’ node with a set multiplier that will increase the set values for the signals high enough to pass the 0.8 BloodHound threshold and allow the signals to show up on the chart. Just connect the solver to the green ‘Solver Test’ Or node, and then connect the Or node to the Results node, and you should see the signals.

I have created a Google Sheet that shows the number of charts that must have a signal, per the set values for the data series, before BloodHound will paint the long or short. In the image below, notice the three rows (blue text) showing the set values for the three different kinds of regular divergence: Triple (row 64), Double (row 76), and Single (row 88) Divergence signal values of 0.22, 0.18, and 0.15, respectively. The row (in red text near the bottom) named ‘Additive Node Multiplier = 2.3’ (row 103) sets the multiplier value for the additive node and then recalculates values for each chart’s signal to the right in the same row. The cells are highlighted in red when the values add up to above 0.8, which is the minimum threshold value that must be met for BloodHound to paint the signal for a bar. Row 100 shows the minimum number of charts that must have signals for BloodHound to paint the bar.

You can make a copy of it or download it from THIS PAGE.

The trend requirements for are really quite simple. I am using the same settings for the two TTP Volatility Stops indicators that are on the TICK (BB) chart for the two solvers within the BloodHound signals template.

The lines are set in the indicator’s properties to be automatically hidden from the chart until you click on the ‘VS-‘ button on the toolstrip of the chart.

The ‘SignalsExt.’ Logic Board is the exact same set of conditions as the ‘Signals’ Logic Board with the exception of a ‘Signal Extender’ Function Node and a WMA(4) solver requirement. This Logic set takes the signal output from the Divergence and Trend requirement conditions and extends the signal for five bars, allowing the signal to pass (for Longs) only when a price bar has its Typical Price [(High + Low + Close) / 3] above the WMA(4). Having this extra requirement simply ensures that the price is moving in the direction of the signal before allowing it to draw. You can see the difference between the two in the images below. 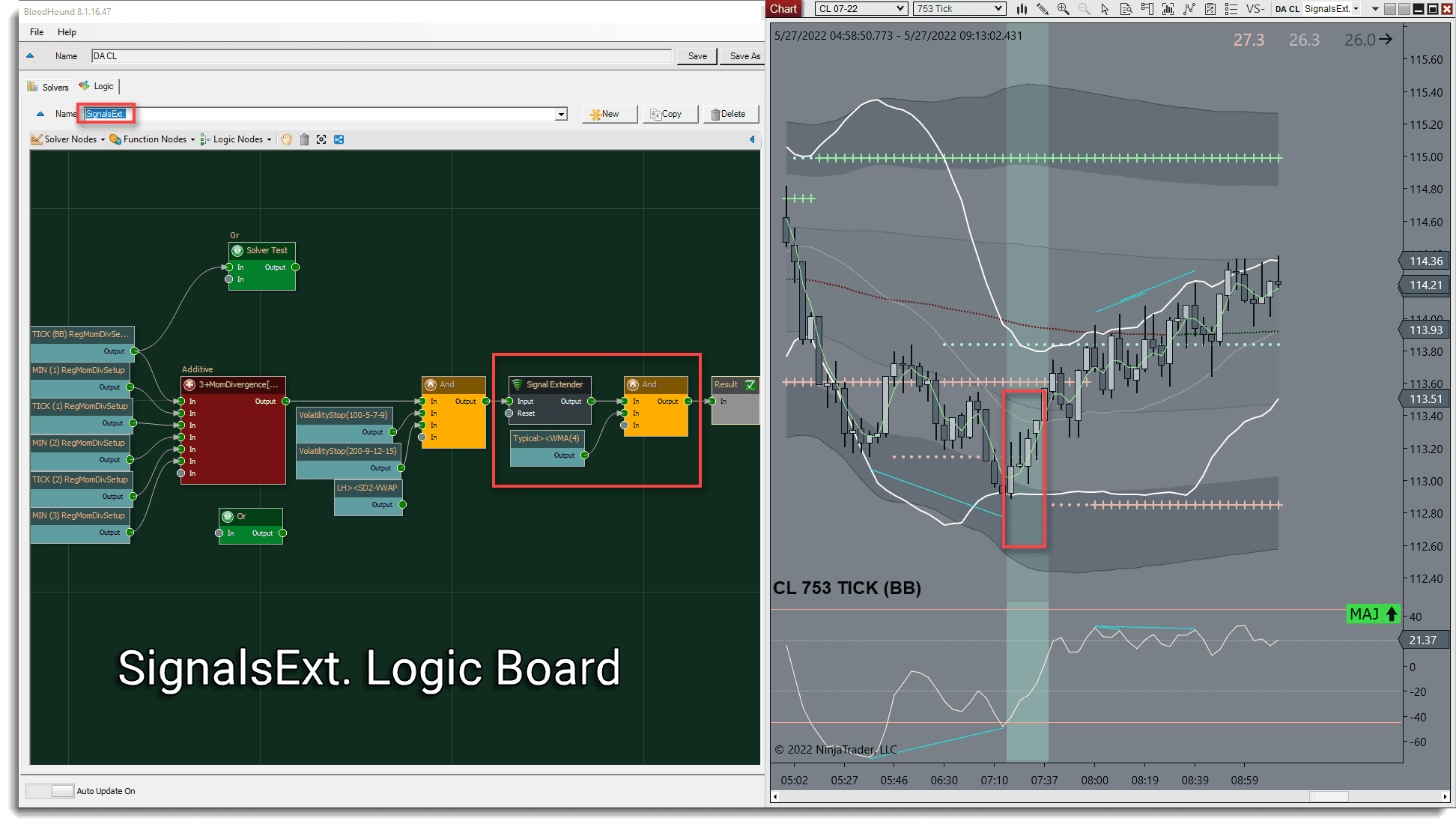 The ‘OTF’ (Operative Timeframe) BloodHound templates are on the MIN (3), MIN (2), and MIN (1) charts. These templates identify the potential ends of corrective patterns (pullbacks within a trend). These templates, alone, are quite powerful, but like every other technical analysis tool, they should not be used alone to determine trade entries.

1. The start of the potential correction (or pullback)

2. The first wave of the retracement/correction/pullback within a trend (potential A wave)

3. A temporary continuation of the trend without breaking out (potential B wave)

4. A break of the potential A wave that meets a few conditions (potential C wave)

Still stuck? How can we help?

How can we help?

Testimonials appearing on this website may not be representative of other clients or customers and is not a guarantee of future performance or success.

This presentation is for educational purposes only and the opinions expressed are those of the presenter only. All trades presented should be considered hypothetical and should not be expected to be replicated in a live trading account.

Stocks, Futures, FOREX, and Options trading is very risky and is not suitable for every investor. An investor/trader could potentially lose all or more than the initial investment. Risk capital is money that can be lost without jeopardizing one’s financial security or lifestyle. Only risk capital should be used for trading, and only those with sufficient risk capital should consider trading. Past performance is not necessarily indicative of future results. READ FULL DISCLAIMER